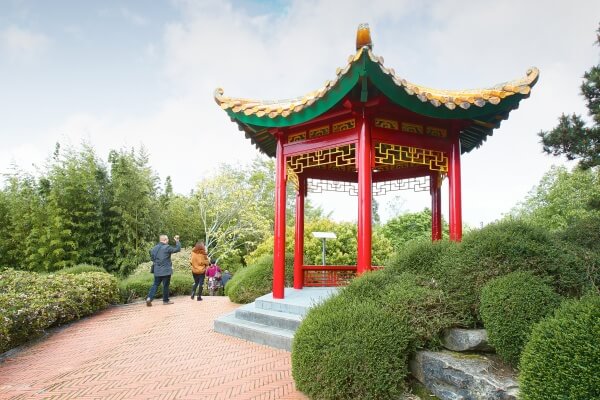 Hamilton is located on the banks of the Waikato River. Due to the huge student population, the entertainment area is quite spirited and lively.

Lonely Planet guide states that “the city’s main street has sprouted a sophisticated and vibrant stretch of bars and eateries that on the weekend at least leave Auckland’s Viaduct Harbour for dead in the boozy fun stakes.” Majority of the city’s venues and attractions are located on the old town belt that includes the Hamilton Gardens, Waikato Stadium, Seddon Park and the Hamilton Lake Domain.

The city of Hamilton continues to grow rapidly as of 2016, in which the development was focused on the northern end of the city. In 2012, the council has decided to balance the city’s growth by approving an urban development to the south. Traffic congestion is increasing due to population growth. The council has engaged in many road development projects to be able to keep up with the rapid growth.

The State Highway 1 which runs through the western and southern suburbs has a major junction with State Highway 3 apparently contributes congestion. The Hamilton City Council is building a ring road wherein it is extending the Wairere drive from Crosby road through to Cobham drive.

This Ring Road – Wairere Drive Extension will provide a major arterial corridor which is designed to take significant traffic flows and at the same time enabling more people to move around Hamilton now and in the coming days. Currently, the council is focusing on the final 400m section between Cambridge road and Cobham drive which includes the new intersection with Cobham drive intersection in order to complete the Hamilton Ring Road.

This project is funded in partnership with the New Zealand Transport Agency and is projected to have its completion by 2019.

Indeed, the rapid growth of Hamilton has resulted in urban sprawl wherein the north east of the city in the Rototuna area was greatly affected. More development is planned in the suburbs of Rototuna and Peacocke area. There has been a significant development of lifestyle to the Hamilton urban area, particularly the Tamahere and the Matangi areas.

Hamilton has an oceanic or maritime climate due to the New Zealand’s location surrounded by ocean. During the months of January, February, March, November and December you will experience pleasant weather with a nice average temperature.

Most rainfall (rainy season) is seen in March, May, June, July, August, September and December. On average, the warmest month is February and the coolest month is July. The month of March is the wettest month and February is the driest.

Being the largest inland city in the country, winter mornings can be cold by New Zealand standards which is dropping as low as −4 °C (25 °F). Summers can be the hottest in the country with temperatures rising as high as 29 °C on an annual basis.

Hamilton features a very high humidity which can make temperatures feel uncomfortably warm or cold. Ground frosts are very common and there is a possible snow but very rare. As recorded, the only snowfall in modern times was light snowflakes that happened in mid-August of 2011 during a prolonged cold period.

Hamilton receives considerable precipitation around 1,100mm over 125 days per year. Hamilton and the surrounding Waikatoan are extremely fertile region since it is coupled with average sunshine hours of around 2000. Fog is also common during winter mornings, especially those area that is close to the Waikato river which runs through the city centre. Heavy fog usually burns off by noon to produce sunny and calm winter days.

With regards to wind speed, it has a lowest average due to its inland location.

Hamilton is a geographically and culturally diverse area. It has a range of activities and attractions to suit all ages and tastes.

One of the region’s most popular tourist attraction is the Hamilton Gardens. This is the place where the Gardens Summer Festival hosted each year. It has gained an award-winning International Garden of the Year in 2014. It is also the most visited tourist attraction in the Waikato with approximately a million visits each year​.​​

Most people who visited the garden would say that the place is very stunning and immaculately presented. Next attraction is The Base – the second largest shopping centre which has over 7.5 million visitors per year across 190 stores. Te Awa which is an enclosed specialty retail mall at The Base was also awarded with silver medal by the International Council of Shopping Centres for the second -best expansion in the Asia Pacific region.

Among the other local attractions in the area includes the Hamilton Zoo, the Waikato Museum, the Hamilton Astronomical Society Observatory, the Arts Post art gallery, and the Sky City casino. Also, just 20 minutes’ drive away is Ngaruawahia, the location of Turangawaewae Marae and the home of Māori King Tuheitia Paki.

Hamilton has around six libraries that are located in Garden Place, St Andrews, Glenview, Chartwell, Hillcrest and Dinsdale. It has a great range of books and with more than 400,000 items on offer. This is the place to also relax, think and send your mind somewhere.

The Hamilton City Theatres hosts a wide range of events, including local, national and international concerts, performing arts events, live theatre, dance and festivals bringing in people from across the Waikato and beyond.

The St Peter’s Cathedral is the Anglican cathedral in Hamilton, located in the Waikato Region of North Island, built in 1916. On the opposite side of the river is the St. Mary’s Catholic cathedral.

The Hamilton Temple of The Church of Jesus Christ of Latter-day Saints is located atop a stately hill in the rural outskirts of Hamilton. It was built with a modern single-spire design which is very similar to the Bern Switzerland Temple. Every year, the temple hosts a large Christmas lighting show which attracts large crowds from all over the country.

Here you can find out more about the top 10 Hamilton attractions.

Hamilton also has a two private primary maternity hospitals which are fully funded by the Waikato District Health Board, Waterford Birth Centre and River Ridge East Birth Centre. Lastly, in 2010, there was a new cancer hospital opened on the previous Braemar Hospital campus.